IFNTUOG uses grants to save the historical heritage of Precarpathian region 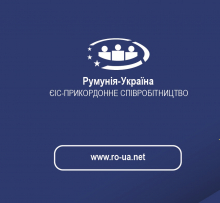 In full speed IFNTUOG implements the grant project “Development of cross-border cooperation in promoting objects of historical and cultural heritage in the cross-border territory of Romania and Ukraine”, coordinated by Mykola Prykhodko, the professor of the Department of Geodesy and Land Management of the Institute of Architecture, Construction and Power Engineering. Among the main areas of implementation are the following: the reconstruction of the Geological Museum of IFNTUOG, the promotion of 50 historical and cultural sites in Ivano-Frankivsk region and 50 in Suceava County, as well as the development of advertising products, videos, virtual 3D-tours, laser scanning of these sites, so that scientists can use this material to investigate and assess the condition of such sites and to make appropriate management decisions on these sites, etc. 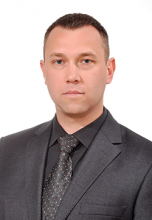 During an interview with the newspaper “Reporter”, Mykola Prykhodko said: “All the sites will have laser 3D-scanning, shooting to create 3D-tours and shooting from a quadcopter for promotional videos. A 3D scanner is a device that emits laser beams which measure the entire object plane. This makes it possible to monitor various deformations, subsidences and cracks in the future. Five sites have already been scanned. Among these are the Church of the Lord Jesus Christ King of the Universe in Ivano-Frankivsk, the Ascension of God Church in village of Lypa, the Church of the Immaculate Conception of the Virgin Mary in Horodenka, the Church of the Assumption of the Blessed Virgin Mary in Korshiv and the Bernardine Monastery in Hvizdets. As soon as the weather clears up, we will continue shooting. In general, the work should be completed by August, but because of quarantine the project extended until the end of the year”.

The list of the sites for the project was formed together with the Department of Tourism and the Cultural Heritage Sector of the Regional State Administration. After scanning the monuments, information about them will be posted on the website, which was also created as part of the project. You can find virtual tours of Precarpathian region and tourist videos there. The project is a significant investment in the tourism industry of Precarpathian region.